An evocative evening of chamber music evoking the sea and sky. Sometimes quiet and contemplative, sometimes tempestuous and stormy, Stroma performs six works from around the world are inspired by the natural environment. The concert also celebrates the iconic works of one of New Zealand’s most experienced, senior composers, John Rimmer, who celebrates his 80th birthday in 2019.

Rimmer’s piece, Where Sea Meets Sky 2, originally written in 1975, was inspired by a trans-Tasman plane journey, in which the composer was entranced by the qualities of light and play when looking out of his window at the horizon of the Tasman Sea. Deirdre Gribbin’s dark and mesmerising string quartet, What the Whaleship Saw, is based on the gruesome story of survival and cannibalism amongst the crew of the Nantucket whaler, the Essex, after it was wrecked by a whale. Also featured is the iconic brass work Fog Tropes by Ingram Marshall, which featured in the soundtrack to the feature film Shutter Island. Other works in the concert include the luminous shades of 13 Couleurs du Soleil Couchant (13 Colours of the Setting Sun) by Tristan Murail, the hypnotic minimalism of Reflections by young Icelandic composer Anna Thorvaldsdottir, and the evocative bass flute and harp work Pearls of the Sea by Eve de Castro-Robinson.

There will be a pre-concert at the venue Q&A at 6:45pm, with John Rimmer and Michael Norris. 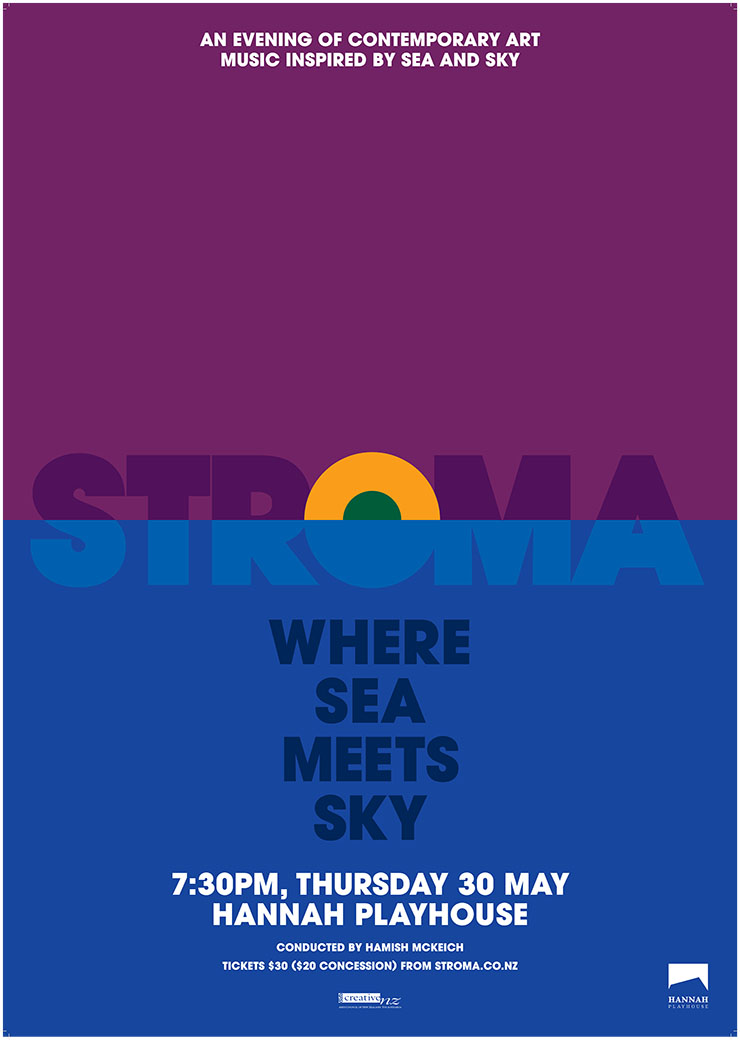