This concert features a ‘micro-concerto’ by American post-minimalist Steven Mackey. Clearly influenced by jazz sonorities and with reminiscences of favourite works by John Adams (that have appeared in previous Stroma concerts), the micro-concerto promises to be an excellent introduction to Claire’s skills.

Juxtaposed against this are works by New Zealand ex-patriates Alison Isadora and Jeroen Speak, and Australian composer Gerard Brophy. Rounding out the programme is an ear-shimmering version of Ligeti’s harpsichord classic Continuum, arranged for two marimbas. 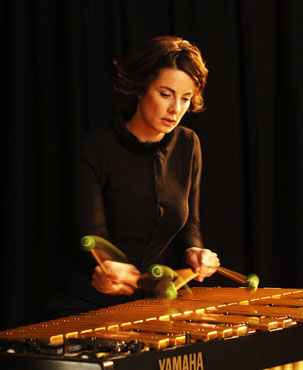